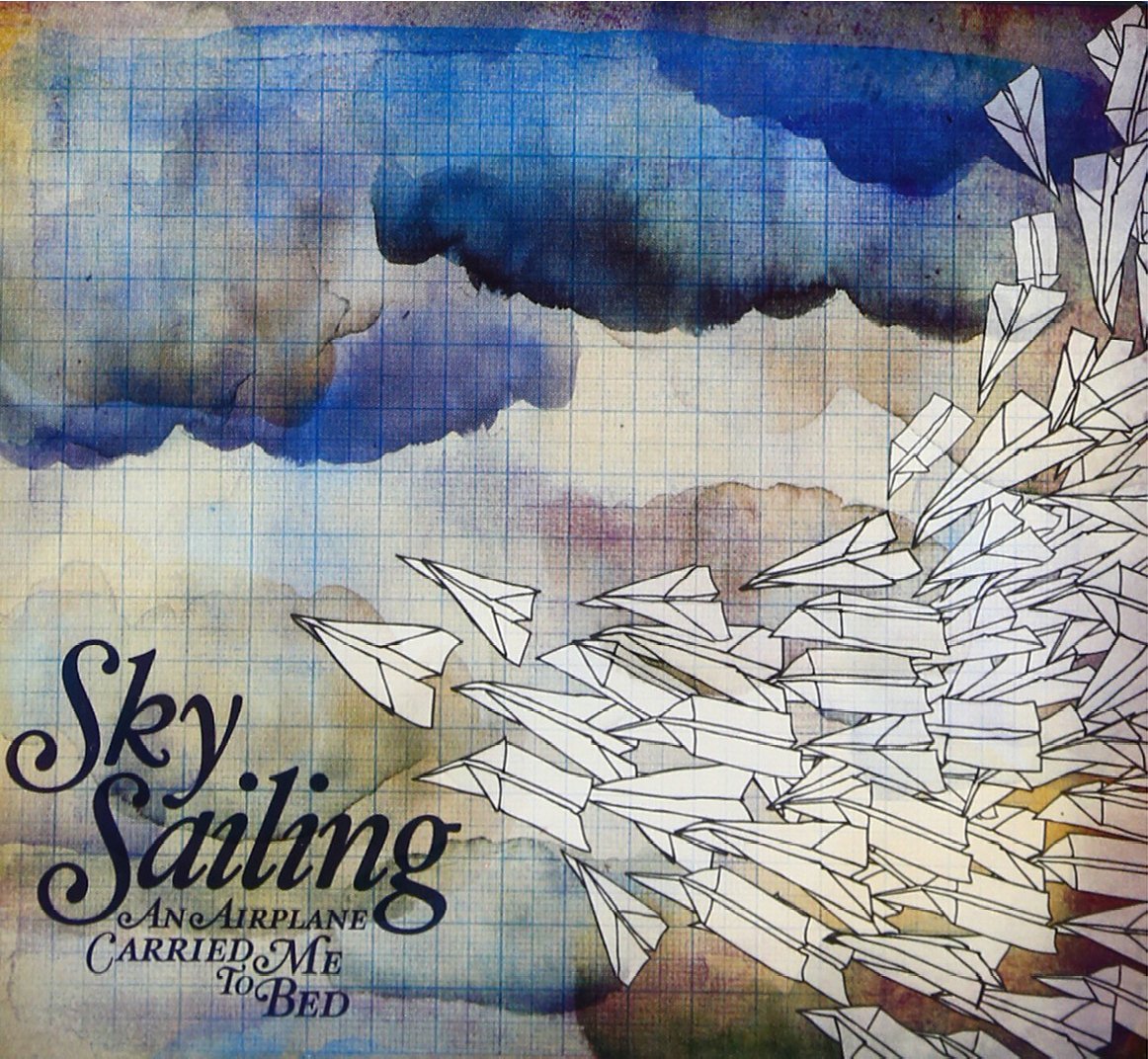 2010 release from Owl City's Adam Young, a collection of previously unreleased tracks recorded a few years before Owl City came to be. Recorded in his basement bedroom, Young chose the band name Sky Sailing and recorded this collection of songs, never expecting them to be heard beyond a small circle of friends in his small southern Minnesota town. Now that Owl City has made a mark, the world is interested in what else Adam has to offer!

Where do I even begin?

Though it seems like it happened yesterday, an entire year has passed since I put out Ocean Eyes and I cannot begin to tell you how amazed I am due to all that has happened between then and now. A tremendous amount of asphalt has passed under the tires, a lot of miles put on the odometer and a lot of marvelous memories made along the way. It's an overwhelming, invigorating feeling that can't even be put into words. I catch myself thinking about the future often and I truly couldn't be more excited. I've been immensely blessed by each and every opportunity I've had via Owl City and your endless support only continues to encourage me. I wholeheartedly cannot thank you enough.

Thus far, I've been quite a busy bee this summer, hidden away in the cavelike warmth of my basement, working like a mad scientist on the next Owl City record and I absolutely cannot wait for you to hear it. Things are coming together nicely but there's still a lot of work to be done.

Three and a half years ago, I recorded a collection of songs in my parent's basement during the bleary-eyed hours of night when sleep and I could not bring ourselves to meet. I was a metalworker, working 6 AM to 4 PM at a warehouse in my little southern Minnesota town. I was writing, creating, thinking, imagining and breathing music with every second I had to spare. Music has always been my dream, but at that point in time, it was merely a feather tossed to the wind. Regardless, my spirits were far from dampened and I created music as fast and as furiously as I could. In my little basement bedroom, I had an old Dell computer, Reason 2.5, a friend's borrowed Behringer C-1 condenser, a Behringer 8 channel analog mixer and my uncle's old Alvarez. I didn't have a clue what I was doing but I was a dreamer and music was my escape so I gave it everything I had. Never expecting my music to be heard anywhere but by my parents through the floorboards above, I wrote for my own ears. I was both artist and audience and I called myself Sky Sailing.

I've kept these recordings secret for a long time and they've never seen the light of day until now. Long before Owl City was ever a spark of a flame, a lot of blue-collared working days were spent absentmindedly daydreaming about what would ultimately become this collection of songs. From the perfectionist musician's perspective, a song is never truly "finished" but rather "abandoned" and thus, after a lot of inspiration and reckless experimentation, I emerged from the basement with a 11 song record which I affectionately entitled, An Airplane Carried Me To Bed.

This album is a step into the past, the documented account of a shy boy from Minnesota with more hopes and dreams than he knew what to do with. When you listen to this record, you can hear naivety, innocence, inexperience and the wide-eyed imaginings of a wishful thinker. It's both light and dark, optimistic and melancholy. Unpolished and dusty, it's an antique and therefore holds a truly unique and graceful aesthetic within. Though there has always been just one artist behind the music, before there was Owl City there was Sky Sailing and I consider it a great honor to finally find this opportunity to share it with you. I hope you enjoy it as much as I enjoyed creating it.

If by chance you ever feel as though you've come to know these songs or empathize with the emotions therein, please consider yourself a friend of mine because in a manner of speaking, you know me. As the saying goes, one can truly glimpse the artist through his/her art, and that expression certainly proves faithful in my case. This music is my heart and soul. This is who I am.

With that being said, I am so very glad to meet you.

With all due respect,

After a decade-long wait, residents of Whitefield have finally got their own digital public library. Located in Thubarahalli in the Mahadevapura Zone, the digital library in Whitefield may look like an IT company but is rich in digitized literary … END_OF_DOCUMENT_TOKEN_TO_BE_REPLACED

Looking for the schedule of Mysore Dasara? Here is Mysore Dasara events, schedule, and venue. The 411th edition of the world-famous Mysuru Dasara will be celebrated between October 7 and 15. The celebrations will begin with a special pooja to the … END_OF_DOCUMENT_TOKEN_TO_BE_REPLACED

There is a new universal BBMP helpline – 1533. Let’s find out more about the new BBMP helpline 1533. The BBMP (Bruhat Bengaluru Mahanagara Palike) has now introduced a universal helpline number for queries and to raise complaints about the … END_OF_DOCUMENT_TOKEN_TO_BE_REPLACED

Ascendas Park Square Mall, Whitefield Road, Bangalore is where you can find all leading clothing brands and entertainment option under one roof. Read on to know more about this shopping mall in Bangalore.

Sirimane Falls near Chikmagalur is small yet magnificent waterfalls. Sirimane Falls is situated near a small town, Kigga which is ideal for trekking.

The principal claim to fame is the Surathkal Engineering College and the beach. The beach is clean and unspoilt by tourist traffic.

The list of firsts in Karnataka is set to grow. The Karnataka government is introducing new policies and schemes accelerating the growth of the state.

Hebbal Lake, Bangalore is one of the most popular places for bird watching and photography. This lake in Bangalore is home to around 70 species of local and migratory water-birds. It is one of the remaining few natural lakes in the city.

This website uses cookies to improve your experience while you navigate through the website. Out of these, the cookies that are categorized as necessary are stored on your browser as they are essential for the working of basic functionalities of the website. We also use third-party cookies that help us analyze and understand how you use this website. These cookies will be stored in your browser only with your consent. You also have the option to opt-out of these cookies. But opting out of some of these cookies may affect your browsing experience.
Necessary Always Enabled
Necessary cookies are absolutely essential for the website to function properly. This category only includes cookies that ensures basic functionalities and security features of the website. These cookies do not store any personal information.
Non-necessary
Any cookies that may not be particularly necessary for the website to function and is used specifically to collect user personal data via analytics, ads, other embedded contents are termed as non-necessary cookies. It is mandatory to procure user consent prior to running these cookies on your website.
SAVE & ACCEPT